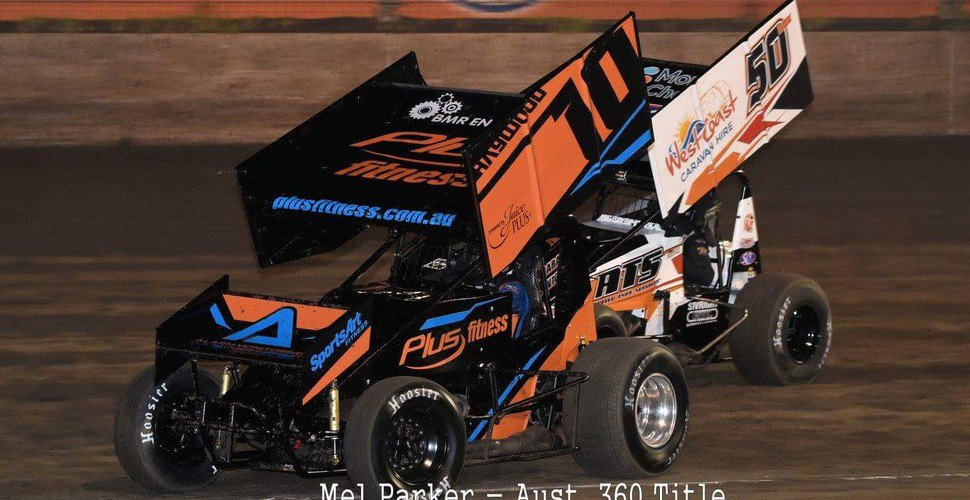 They say when adversity pushes you back against the wall the best form of defence is attack, so when Adrian Haywood developed motor issues at the Australian 360 Sprintcar Championship practice session he decided it definitely wasn't time to give up.

Requiring another powerplant he spoke to fellow car owner Craig Wormall who generously provided Haywood with his spare engine for the weekend. “I cant thank Wormall Motorsport enough for this massive gesture. When I rang Craig, I didn't want to as everyone rings him, but at the end of the day I blew a motor up and I needed something if I wanted to race” said the driver of the Plus Fitness #10.

The car had felt great in it’s only practice session on the Wednesday evening setting one of the fastest times of the night, so the team felt confident leading into the heats on night one and Haywood certainly didn't disappoint.

While track conditions on hand made passing opportunities difficult, Haywood showed that if you keep attacking success will come your way. His opening heat he moved forward four places to finish seventh but he saved the best for his second heat when he pulled off the pass of the night.

Chasing down the current Australian number one in South Australian Luke Dillon, Haywood was only given one chance to pass running up against the concrete wall and performing the move to grab the heat win. “Getting up behind any of the good guys and keeping up feels great. To actually race the A1 car, pass it and drive away was great. It's easy for people to forget, I'm a huge fan of Sprintcar racing too. I've been watching these champions for years, It's still all so surreal to be living my dreams.”

He continued to drive with skill for the rest of his qualifying races during the two night affair, earning valuable points to eventually qualify for a fifth place starting spot for the all important 40 lap finale.

From the outset the car would prove to be tight, as unknown to Haywood, a right rear shock absorber had started to fail and affected the handling of the beautiful black, blue and orange #10. “The car was tough to get through the corners and it was a handful from the outset and I couldn't get a smooth run going. While the car started to get better as the fuel load lightened, in the end I had to pull in when it finally let go at the lap 24 restart” Haywood said dejectedly afterwards.

“I just want to say a huge thanks to all my crew, to Craig and Mitch Wormall and their crew chief Michael Armstrong, plus all my sponsors who have supported me through everything this summer” stated Haywood.

So one would think that this would be enough for the Mandurah based racer, time to sit back and relax a bit on the laurels of his fantastic run. But thats the not the way Haywood does things. “I’ve struck a deal with Maxwill Race Engines to run one of their potent 410ci motors at the grand final meeting to be held at the Perth Motorplex (April 1), I’m so looking forward to getting out there and running with the rest of the 410ci based racers here in the west”.

Just to spice things up, Haywood and his young fella Sunny will also jump in their karts to compete in one of the biggest events in Dirt Kart racing, the Ken and Ces Memorial event on the same weekend at the Dirt Trackers Kart Club. “What can I say, I don't like sitting still” he said laughing.

It has also just been announced that Adrian will be returning to seat of a Formula 500 for the upcoming Australian Championship to be contested at the Murray Bridge Speedway over the Easter weekend (April13 and 14). Cates Motorsport and Haywood are both excited to once again partnering up for this huge event.

“I’m stoked that Peter and Lachy Cates are giving me this opportunity. I love the Formula 500’s and to be competing in an event of this magnitude is awesome. It’s going to be a huge weekend with plenty of cars and the Murray Bridge track suits this division so well….I cant wait for it!!!” commented Haywood.

In10sity Motorsport will have their hands full, but the track record is second to none for this motivated team.

Adrian Haywood and the In10sity Motorsport Team would like to thank the following for their support in 2016/17.